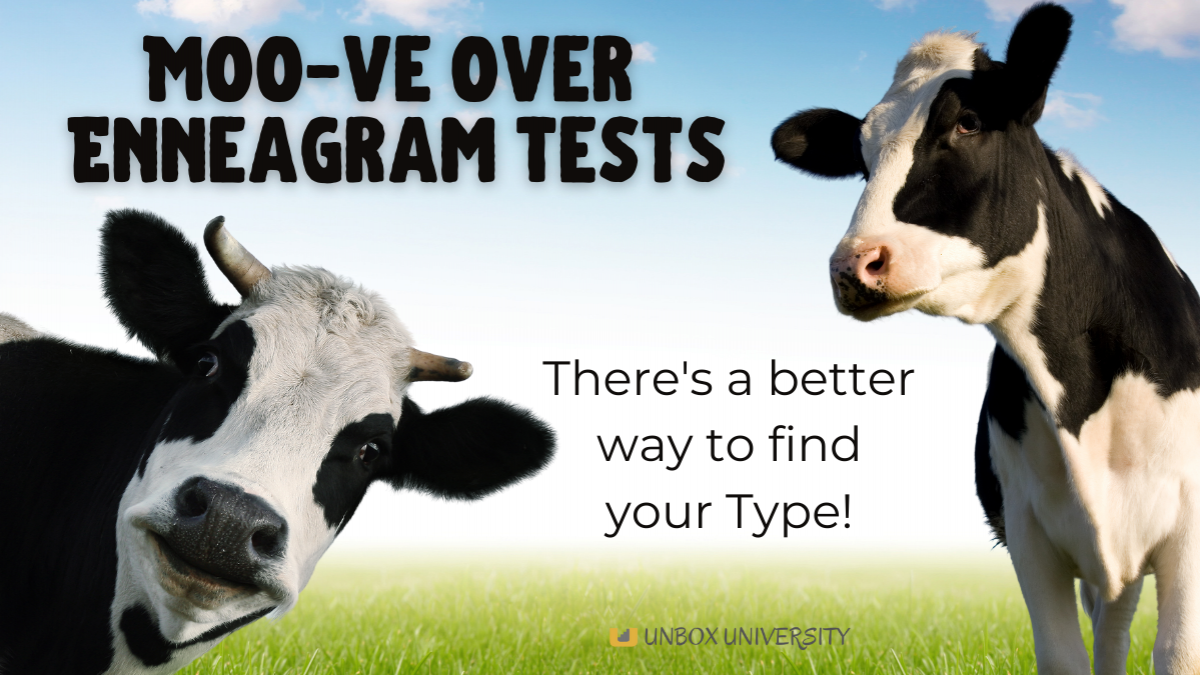 Are you struggling to figure out your Enneagram Type? 👉🏻 Then this article is for you!

You might not believe this, but I struggled with finding my type too!

Even the most self-aware empath can "fail" the Enneagram "test" and get it wrong. Not just the first time, but even after several attempts.

On the very ﬁrst day of class to train for my Enneagram certiﬁcation, I introduced myself and happily announced that I was not a newbie to the Enneagram. On a scale of 1-10, where one is “brand new” and ten is “Ninja Master,” my self-reported score was an impressive 7.5 because I had had over a year of studying under my belt. This wasn’t my ﬁrst rodeo, you know.

I also conﬁdently shared with the class that I was a Type 4 because I am an “Individualist.” (Spoiler alert: I’m not a Type 4, but I was very good at justifying myself as a Type 4). And for the ﬁrst few weeks of the program, I was the “resident” Type 4 of the class, always giving appropriate Type 4 answers to all of the Type 4 questions.

In the very last week of my training, I had an epiphany! While multitasking, I listened to this well-produced documentary-style audiobook about World War II. There were live interviews with veterans and survivors of the war. I knew the Hiroshima part of the story was coming up, and I had expected I’d be very emotional and upset listening to realistic sound eﬀects and the original broadcast coverage. So I went back to my bedroom to brace myself and had my Kleenex ready to sop up all of my tears.

But that didn’t happen. I didn’t shed one tear. However, my stomach was in knots with anxiety anticipating how it would sound and how I would react.

I realized at that moment, based on the training and coaching I had received in the certiﬁcation program, there is no way I could be a Type 4. (Listen to episode 20 of the podcast for the whole story.)

Then I got mad (working on that anger management…).

“Well, then… which type am I?” I said to no one in the room. “Did I just completely waste my time (and money) studying a bogus system? Does this mean I’ve gotta start ALL OVER?”

I started to get cold feet about marrying the Enneagram the following week when my training was ending. I let out a deep sigh and looked over at the Best Man (My actual hubby, Terry) and broke the news to him that there may not be wedded bliss with the Enneagram.

“You’ve got one more week. Send a message to your mentor and get some coaching,” he suggested. (Thanks, Terry, for grounding me!)

Finding your type by yourself is complex because your Enneagram Type is determined by a unique set of core motivations that are primal, default, knee-jerk, unconscious triggers embedded in your psyche.

Even after all the studying I did before the program, I still needed coaching on top of the twenty hours of certiﬁcation-level training in order to feel 100% conﬁdent of my Enneagram Type! Turns out… I’m actually a Type 7 and am still baﬄed to this day about how conﬁdent I was that I was a Type 4 when it is so clear to me now why I’m not.

Cognitive bias is a ﬁckle punk.

Like your Personality Paintbrush, it aﬀects how you view and interpret the world around you. It’s the tendency to pay attention to new information that favors your own ideas and how you mold new data to conﬁrm your own existing beliefs or theories.

This is kind of an embarrassing story because when I was soooo sure that I was a Type 4, I was spreading a lot of misinformation during coaching sessions with clients, coﬀee chats with my friends, and the people in the group that were training to become Enneagram coaches!

“Conﬁdence is comforting. The lure of certainty is built into the brain at a very basic level,” says Jonah Lehrer in his book, How We Decide. But we must be patient and humble that we are not overconﬁdent and risk mistyping.

The worst consequence of being mistyped is being on the wrong Personal Growth roadmap. My mistyping explained why I wasn’t seeing the growth results you’d expect following Type 4’s roadmap. I had more to unbox!

Typing yourself alone is the hard road. But if you like a challenge and have some extra time on your hands, it’s not impossible. View it as an elimination process using the rules below. (This is what I do in Typing sessions with clients.)

These are the three Typing Rules that every person should know about the Enneagram to reduce your chances of being mistyped.

These rules will put a stone in your shoe and challenge your cognitive biases when you start to gravitate to only one type and are tempted to abandon your elimination process. Boy, I sure wish someone had told me about these 3 simple rules all of those months that I thought I was a Type 4!

Write these rules down on a sticky note to reference while you’re in Typing Mode so that you don’t lose sight of them. When these rules are broken, they often lead to mistyping.

👉🏻 If you don’t know your Enneagram Type yet, I "virtually" walk you through the process of elimination in the free mini-course "6 Things to Focus on First."